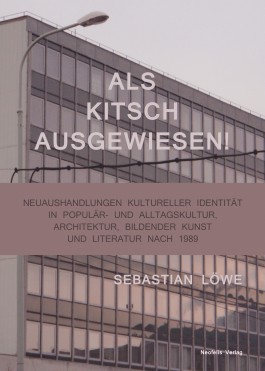 In its first part, the study draws the outlines of a theory of kitsch, which instead of using the aesthetic judgment kitsch, tries to fill the gaps most theoretical attempts laid bare. Kitsch is understood as discursive of nature, a rhetorical weapon used to marginalize opponents in public fights over interpretational sovereignty. In its second part, the study takes a close look at post-1989 debates that revolved around the expulsion of an unwelcomed GDR cultural heritage. The debates were fought out with great vigor in the German feuilleton spanning across such fields as literature, fine arts, architecture and design. The kitsch judgment in these debates played a vital role to diminish and expel former GDR culture to form what was considered a new German cultural identity.